Qwerty is the default keyboard layout for most, if not all computers.* It's what is taught in schools, in the workplace and what every computer user knows. But... why Qwerty?

A brief history of the typing machine

Mr. Burt paid us money to say he invented the typewriter even though some dudes in Europe made one first

or something like that but whatever**. What he invented (and got a patent for) was this: 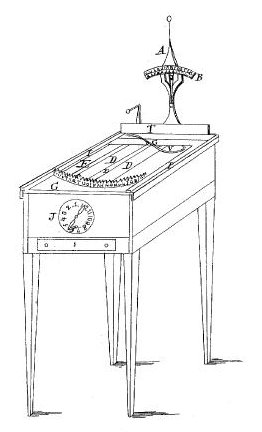 Yes, this god-awful looking pinball wannabe*** was the first typing device. It wasn't even a typewriter in the sense that you could "type" on it. It was operated by turning a crank until the desired letter came up and then pulling a lever to imprint it onto the page. It was actually slower than handwriting the message. But back then it was technology, damnit, and complicated, slow, ridiculous processes are what nerds like us live for.

Some people invented some new versions of the typographer, all of them sucked and none are worth talking about.

All hail the Writing Ball

In 1865 a man by the name of Rasmus Malling-Hansen invented the Hansen Writing Ball. This is the first device that actually increased typing speed and, you know, actually made sense to use. 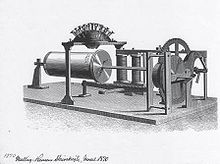 It was also the first commercially produced typewriter, though it never actually took off. The keys were aligned on a brass hemisphere and they were pushed through the ball directly onto the paper which printed the letter. The paper was attached to a cylinder that spun as you typed.

Hansen produced numerous protoypes of his machine out of porcelain to experiment with the location and arrangement of the keys. He ended up placing the most frequently used letters near the fastest writing fingers, and aligned most of the vowels on the left and consonants on the right. It was said that with this configuration and enough practice you could write up to five times that of ordinary writing. You can see a computer rendering of the functionality here:

The Hansen Writing Ball sucks, all hail the Remington No. 1

3 years after Malling-Hansen invented his Writing Ball, a man named Christopher Latham Sholes, along with help from Carlos Glidden and Sam Soule, invented the typewriter in similar fashion to what we know them as today. This machine had a lot of different inventors, constructors and funders, and suffice it to say, the story of it's invention is complicated, with a lot of ins and a lot of outs. It went something like this:

Sholes, who was a printer, began creating a machine that printed page numbers in books. He began designing the machine with the help of Sam Soule in a factory in Wisconsin. They met Carlos Glidden, and when he saw what they were working on he said (I'm paraphrasing here) "Well, so, you can print numbers, so, like, why not just add some letters." My assumption here is that Sholes and Soule probably stood there for a minute with blank expressions on their faces, both feeling like idiots. But again, that's just an assumption.

They took Glidden's idea and ran with it and began creating prototypes of alphabet writing machine. The first prototype of the typewriter printed a single letter, 'W', the key for which was taken from a telegraph machine. Sufficiently satisfied that the 'W' printing machine was a success, they began working on a prototype with a full alphabet, and by the Fall of 1867 they had a working version of a typewriter.

They used this prototype to compose letters to friends, family and investors to help acquire funds to manufacture the device. How meta of them.

One of the men they sent a letter to was James Densmore, and he immediately purchased a 25% stake in the product having never seeing it in person nor knowing the total cost of his stake. When he did finally see the machine in 1868, he said (again, paraphrasing) "this thing sucks" and urged the 3 of them to iterate on the design.

Apparently Densmore hurt Soule and Glidden's feelings because they both left the project, leaving only Sholes and Densmore to perfect it.

Densmore and Sholes iterated on the design, producing around 30 different variations. Most of these variations were attempts to reduce friction and increase speed. This was a huge concern of theirs because they assumed stenographers would be the main users of this machine.

They started sending prototypes out to stenographers, one of whom was named James Clephane. Clephane was very critical of the device and offered tons of feedback. Whether it was constructive or not depends on who you ask. Sholes was not a fan, and after hearing some of the criticism, he exclaimed

I am through with Clephane!

and got very angry. Densmore, however, was level headed, and saw the criticism as an important piece to a good product and told Sholes that

We had better have it now than after we begin manufacturing.

It was after Clephane's feedback that Sholes and Densmore decided to seek an expert mechanic to help them fine tune their design. They invited George Yost to their shop, and Yost thoroughly inspected the machine and offered several changes. After a few more iterations, Yost told Sholes and Densmore that they then needed precision manufacturing; he told them to take their machine to Eliphalet Remington & Sons.

Remington at that time was best known for manufacturing firearms. Their shop in New York had the best machines and equipment (well, as good as you could get in the late 1800's) and had the accuracy to manufacture parts within 1000th of an inch.

Remington began manufacturing around September of 1873, and the typewriter went on sale July 1, 1874. 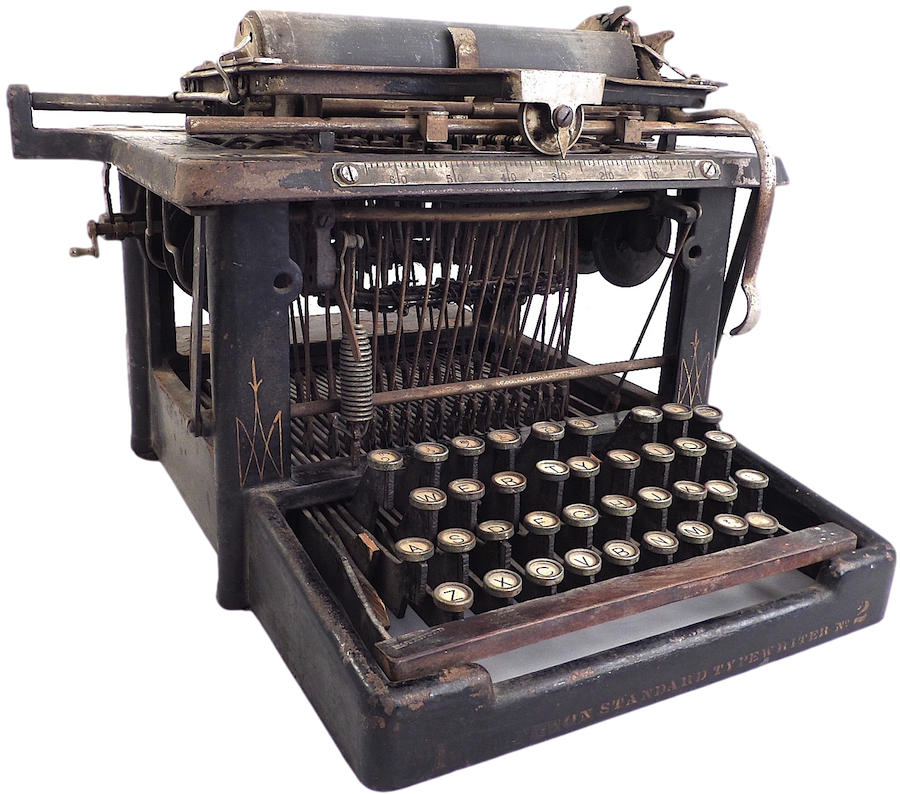 Sales of the Remington No. 1 were rather poor - by December of 1874 only around 400 typewriters had been sold. This is in part because businesses were slow to adopt the machine, but also it was too expensive for a family to purchase.

Remington iterated again and released an improved model, aptly named the Remington No. 2, in 1878. This machine was the first that had the ability to type upper and lowercase characters via a shift key.

Now seems like a good time to mention how QWERTY came to be. The original key layout that Sholes implemented was laid out like a piano, with 2 rows of keys:

The numbers "0" and "1" were not included because "O" and "I" were deemed sufficient. Densmore suggested splitting up commonly used letters in order to improve typing speed and fix an issue they were having related to the keys jamming due to common letters being hit in succession. They iterated on the key layout and came up with the beginnings of what we now call the QWERTY layout:

After Remington purchased the manufacturing rights they further iterated on the design, and within a few months came up with the modern QWERTY layout. It is claimed that they finalized this layout due to the fact that you could type TYPE WRITER QUOTE from one keyboard row, which was apparently a sales pitch.

The typewriter, for the most part, stayed the same for the next 80 years or so until IBM introduced the IBM Selectric in 1961. It was an immediate hit, with total orders exceeding 80,000 by the end of the year.

The reason for the success was some smart innovation that drastically increased productivity:

At the physical heart of the Selectric typewriter’s innovation was a golf-ball-shaped type head that replaced the conventional typewriter’s basket of type bars. The design eliminated the bane of rapid typing: jammed type bars. And with no bars to jam, typists’ speed and productivity soared. 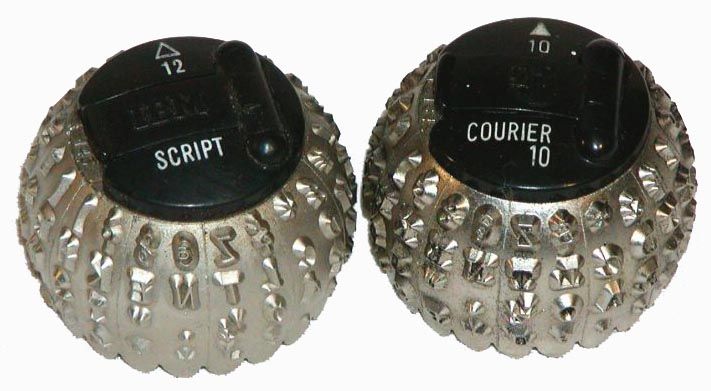 The Selectric was also modified to be one of the first keyboard interface devices to a computer. This modified version, named the IBM 2741 Terminal, plugged into the IBM System/360 and allowed much easier interaction with a computer by a much wider audience.

And that's how the keyboard was born.

The morale of this story is

we use qwerty because some dude back in the late 1800s thought it was cool that you could type TYPE WRITER QUOTE with one hand.

* Two big ones are Dvorak and Colemak, among others. ↰
** A man named Pellegrino Turri made one in Italy in 1808 which is why the patent is sort of lying. ↰
*** I imagine it with a Jurassic Park skin. ↰
**** Probably went straight to Vegas. ↰ 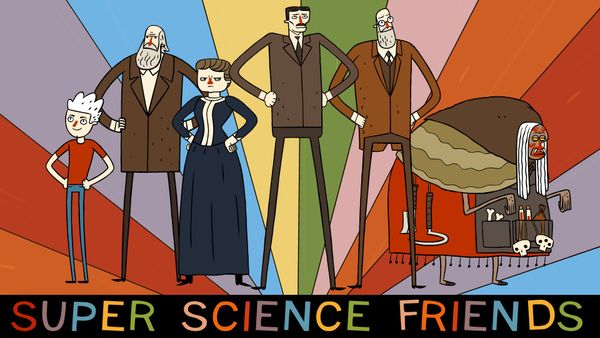 If you read my previous post, Introducing Shience: What it is and how to use it, you'll know that I was working on a C# port of Github's Scientist library. It turns out Phil Haack of Github/Microsoft/Blogging fame is working on a port as well, which will become